Heaven For All Super Heroes Fans

Switch to the dark mode that's kinder on your eyes at night time.

Switch to the light mode that's kinder on your eyes at day time.

Heaven For All Super Heroes Fans

Switch to the dark mode that's kinder on your eyes at night time.

Switch to the light mode that's kinder on your eyes at day time.

A new trailer for the upcoming Obi-Wan Kenobi Disney Plus series has just been released, just in time for May 4th – and we get some glimpses (and sounds) of Darth Vader.

The new Obi-Wan Kenobi trailer is the second Disney has released for the upcoming series. While the first trailer focused on the exiled Obi-Wan and the Inquisitors tasked with hunting Jedi, this new trailer offers a glimpse of Darth Vader, and a lot more action.

The trailer ends with a series of close-ups that show Vader’s bionic body parts being assembled, from an arm being screwed into place, to his iconic chest panel being attached and switched on – as well as the unmistakeable sound of his heavy breathing.

There’s much more to see besides, from Joel Edgerton’s Uncle Owen (who clearly isn’t happy with the idea of Obi-Wan training a young Luke), to a glimpse at Kumail Nanjiani’s new character, not to mention the Inquisitors hunting for Obi-Wan, a handheld droid, and one of the few times we see Obi-Wan using a blaster.

The story begins 10 years after the dramatic events of “Star Wars: Revenge of the Sith” where Obi-Wan Kenobi faced his greatest defeat—the downfall and corruption of his best friend and Jedi apprentice, Anakin Skywalker, who turned to the dark side as evil Sith Lord Darth Vader.

The series stars Ewan McGregor, reprising his role as the iconic Jedi Master, and also marks the return of Hayden Christensen in the role of Darth Vader.

New Poster With a Glimpse Of Darth Vader

It was confirmed that Hayden Christensen is set to return as Darth Vader for the upcoming series, and we will finally see Christensen and Ewan McGregor’s Obi-Wan next face-off following the end of Star Wars: Revenge of the Sith.

McGregor previously called seeing Christensen as Darth Vader “spine-tingling.” Meanwhile, Christensen said returning to the role after 17 years is “surreal” but at the same time “natural,” and that he binged the entire animated series to prepare for the role.

While you can get an early look at Darth Vader in some concept photos, the full reveal will seemingly have to wait until Obi-Wan Kenobi premieres on Disney Plus with two episodes on May 27. 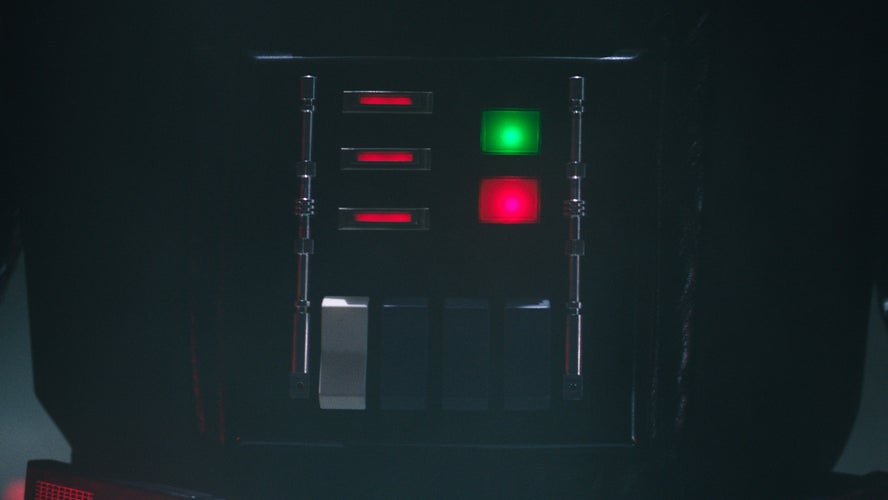 What do you think?

More From: Trailers WAS

About Your Super Heroes

Which Spider-Man Movie after No Way Home You Want to See?

Get the best viral stories straight into your inbox!

Get the best viral stories straight into your inbox!

Heaven For All Super Heroes Fans.

Hey Friend! Before You Go...

Get the Best Latest Information, Straight into your Inbox before everyone else!

Don't Miss out Latest Information about your Super Hero.